Coach Justin Bell is entering his 4th season as head boys’ basketball coach at Santa Margarita Catholic High School. In the 2021-2022 season, the Eagles finished with a record of 20-4, and a second-place finish in the Trinity League with a 7-3 league record. During the 2020-2021 season the Eagles won the CIF State Regional Championship.

Bell comes to Orange County after serving as the associate head men’s basketball coach at the University of California, Riverside as well as the interim head coach during the 2017-18 season. Prior to UCR, Bell was the associate head coach at Concordia University Irvine, where he helped lead the team to a NAIA national championship in 2011-12. He also served as an assistant boys’ basketball coach at De La Salle High School in Concord, Calif. from 2007-10. Coach Williams-Bell attended Escondido High School in San Diego County where he was a four-year, All-League basketball player, and lead his team to the CIF Championship game his senior year. Following his high school career, he went on to play point guard at Saddleback College for Bill Brummel and Andy Ground. Following his career at Saddleback College, Bell went on to play point guard UC Riverside in the Big West Conference. Immediately following his playing career, Bell worked for the Golden State Warriors as an assistant youth basketball coordinator for three years. Bell received his Bachelor of Arts from the University of California Riverside, and his Master of Arts from Concordia University – Irvine. He resides in south orange county with his wife Seyram, and there three daughters Noelle, Giselle, and Jenelle. 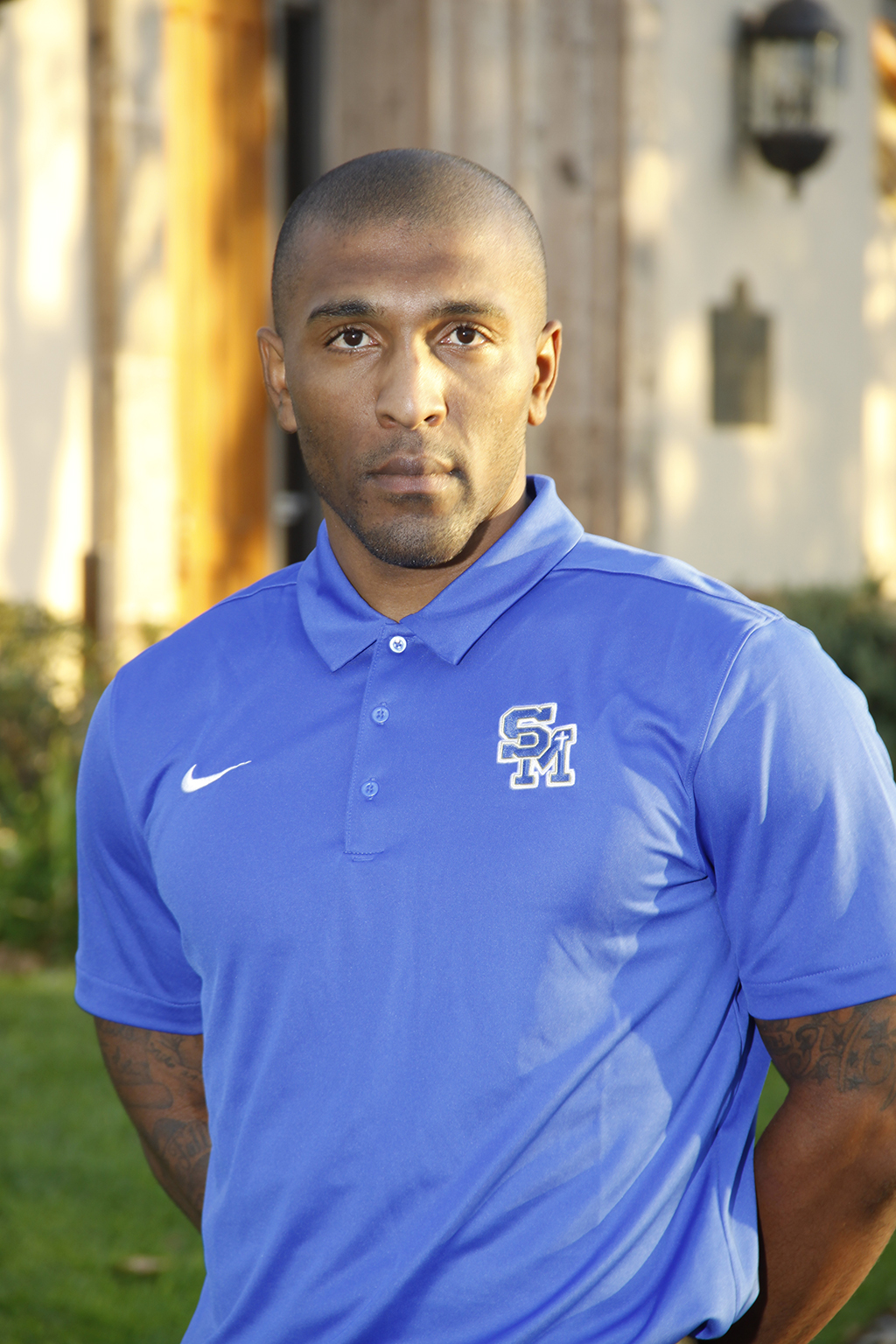 Terrence was a standout high school basketball player at Valley Christian High School in San Jose. He was a 4-year starter, where he received multiple All-League & All-State awards, as well as winning multiple league and CCS championships. Following the end of his High School career, he received an athletic scholarship to play for Ken Amman at Concordia University-Irvine. There, he became a 4-year starter, and graduated as one of the University's most decorated players in program & school history. He won an astounding 118 games, while only losing 23 contests. He was a 3-time All-league selection & achieved All-American status 3 consecutive years. After college, Terrence had a brief stint playing professionally in Europe before deciding to return stateside to pursue a more fulfilling career. After pursuing his higher education, and earning his Master's Degree in Education and teaching credential, Terrence became a middle school teacher and basketball coach. Eventually, his true passion for athletics and his ability to teach youth would steer him towards a career in both basketball training and coaching. In 2016, Terrence was honored by his alma mater, and was inducted into Concordia’s Athletics Hall of Fame. In 2017, he founded Meritorious Training, a youth basketball training company dedicated to providing youth-level players with high quality instruction that focuses on developing the athleticism, basketball IQ, and fundamental skills of each player.

Andy Ground comes to Santa Margarita after a successful stint as the Head Coach at Saddleback College and Tustin High School. Ground won seven Orange Empire Conference championships during his tenure, and also teamed with Brummel for an eighth OEC championship in 2006-07.  His teams made it to the state final four on five occasions, winning state titles in both 2010 and 2015 while finishing runner-up in both 2009 and 2016.Ground was voted the Orange Empire Conference Coach-of-the-Year seven times ('09, '12, '13, '14, '15, '16, '19) and was the CCCAA State Coach-of-the-Year on three occasions ('11, '15, '16). During Ground's tenure, over 70 players earned scholarships to four-year universities. Ground played at Saddleback during the 1981-82 and 1982-83 seasons under Coach Brummel before earning a scholarship to play at the University of Hawaii-Hilo. He later played professionally in Lima, Peru, and in Bonn, Germany. Ground returned to Southern California where he spent seven seasons as the varsity boys coach at Tustin High School, compiling a 154-49 record with three league titles and post-season playoff appearances in each of those seven seasons. Five of his teams reached the CIF quarterfinal round. Ground and his wife reside in Ladera Ranch. They have two children who attended San Juan Hills High School. His daughter graduated from Arizona State University, and his son recently graduated from Cal State Fullerton.

Coach Andrew Ammann is a first-year varsity assistant coach at Santa Margarita. Prior to joining the SM coaching staff, Andrew was a high school standout basketball player at Foothill High School in Tustin, California. He was a 2-year varsity starter, winning a Century League Championship and CIF-SS Division 1A Championship. Following the conclusion of his high school career, Andrew went on to play at Citrus College in Glendora, California. During his time at Citrus, Andrew was a two-year starter, winning back-to-back Conference Championships and enjoying a 51-12 record during those two seasons. Following Citrus College, Andrew transferred to NCAA Division II Concordia University Irvine, playing for his father, Ken Ammann. At Concordia, Andrew was a starter in his Senior year. Following graduation with a degree in History and Political Thought and earning a teaching credential, he was hired as a teacher here at SM; where he teaches US History, MUN US History, and AP Micro/Macro Economics.

Coach Atur Turakhia, better known to the team simply as “Doc,” is entering his second season with the varsity coaching staff. He joined the Eagles for the 2020-21 season and was a part of that team’s 2021 CIF Southern California Boys Basketball Division 2-AA Championship run. Turakhia brings a wide range of experience to Santa Margarita Catholic High School. Focused on making the intangibles tangible, he has created and authored a self-published playbook titled Find Net Mindset: A Playbook for Aspiring Leaders and Champions. The book has four chapters -- Grit, Grind, Chemistry, & Culture -- and he brings these concepts to the team. The foreword of this book is written by NBA skills coach Drew Hanlen, who Turakhia has been mentored by for 3 years. Hanlen is best known for his work with NBA stars such as Joel Embiid, Jayson Tatum, Bradley Beal, Zach LaVine, and more. Turakhia spent time assisting Hanlen with pre-draft and offseason workouts and was able to learn insider practices about working with rising stars at all levels of basketball, including drill development, teaching microskills, and using film to give feedback. Born and raised in Southern California, Turakhia later graduated from the University of California, Berkeley, obtained his medical degree at UC Irvine, and completed both general psychiatry residency and child & adolescent psychiatry fellowship at UC San Diego. He has been recognized by peers in his region as a 3-time Physician of Excellence and served as the chair of the Youth Sports Committee for the International Society for Sports Psychiatry. From early on, Coach Turakhia embodied the Eagle way of pursuing excellence while still upholding important community values, becoming the youngest Boy Scout in his troop to achieve the rank of Eagle Scout. He looks forward to contributing to future teams' successes.

This is Coach Evans’ first year on the Eagle Basketball Staff.  Previously, he coached at Saddleback Valley Christian School for 5 years where he oversaw the lower-level programs. Coach Evans was a standout high school basketball player at Ocean View High School in Huntington Beach where he earned All-CIF Southern Section and was nominated to the McDonalds All-American Team. He also played volleyball where he was selected on the All-County Team. After high school, Coach Evans received an athletic scholarship to play basketball at Loyola Marymount for Paul Westhead and the “Run-N-Gun System”.  After a midseason knee injury his freshman year, he finished his career at Chapman University. Greg has been working in the electrical industry for over 25 plus years, but his true passion is mentoring young men and teaching the fundamentals of basketball. Coach Evans lives in Mission Viejo with his wife Carol and Sixteen-year-old daughter Savannah. Greg enjoys watching and supporting Savannah who plays volleyball at JSerra and Club. Coach enjoys spending time with his family at the beach or lake where they like to relax, listen to music, play volleyball, surf and paddleboard.

Coach Green is in his first year on the Eagle's Basketball Staff, and 4th season coaching overall. Donnie is excited to serve as an assistant coach for the Freshmen team, and instill what it means to be an SM Eagle both on and off the court. Donnie is originally from Cleveland, Ohio. Donnie attended Saint Louis University where he earned his  B.A. in Media and Journalism  with  a minor in Sports Business.  He went on to earn his Masters in Education from the University of Notre Dame in 2015. Through his time in education, he has served in various roles of teacher, coach, and administrator. Donnie enjoys boxing, paddle boarding, listening to podcasts, and cheering on all of the Cleveland sports teams.

Coach Walker is in his fourth year on the Eagle Basketball Staff. He will continue to focus his time on the incoming Freshman. He received his B.A. in Business from Loyola Marymount University and his M.B.A from Pepperdine University. Coach has worked for over 30 years in executive leadership positions in the IT Consulting industry. During the coming season Coach Walker will also finish up his master’s in theological studies and be available to substitute teach. He was born in Salem, Ohio and played under legendary coach Jack Errion at Saint Anthony’s High School in Long Beach, California. Coach brings what he learned from Coach Errion to his teams today, they will be fundamentally sound, disciplined and will always respect the game, teammates and opponents. Prior to joining the staff at Santa Margarita, Chuck coached for over 30 years in the local youth sports scene. He coached travel basketball and soccer teams. Many of the kids Chuck has coached have gone on to excel at SMCHS, including Wolfie Wood, currently on the coaching staff. Although this is Chuck’s fourth year coaching at Santa Margarita Catholic High School, he has been involved with the school since 1992, watching his 6 children graduate. They were all active in SMCHS athletics; daughter Sarah, basketball and swimming; Melissa, soccer; Johnny, football and track, Jessi, basketball and track; Chris, basketball and soccer and Emily, volleyball.

Coach Kevin Tate attended Trabuco Hills High School. After high school, he continue playing basketball in competitive men’s leagues. His pursuit to be a better basketball player and coach lead him to JW Basketball were he has been trained and has coached for the last 5 years. Working with kids for the ages of 3 - high school . Kids with special needs, international club teams. His present day basketball quest has has led him to Nikos were the everyday focus is to develop youth and teens basketball skills and character by leading by example and always putting the interest of the individual youth or teen first.

Coach Derek has twenty years of experience coaching sports; six of those years at Santa Margarita Catholic High School. He has and is currently coaching two sports at SMCHS: Boys’ Basketball and Girls’ Softball. His philosophy is simple work hard, put your team first, be prepare, implement structure, encourage each other, and keep a positive mindset. Coach Derek has watched three of his own play sports at SMCHS prior to attending TCU and Oklahoma State. He also had an exchange student for six years who played basketball at SMCHS and is now a professional player in China. He has been married for the past twenty-nine years to wife Debbie McGregor. Coach Derek currently runs a successful engineering firm for the past thirty-five years. Along with coaching, Derek gives back to his community by sitting on public and private boards and teaching after school programs. 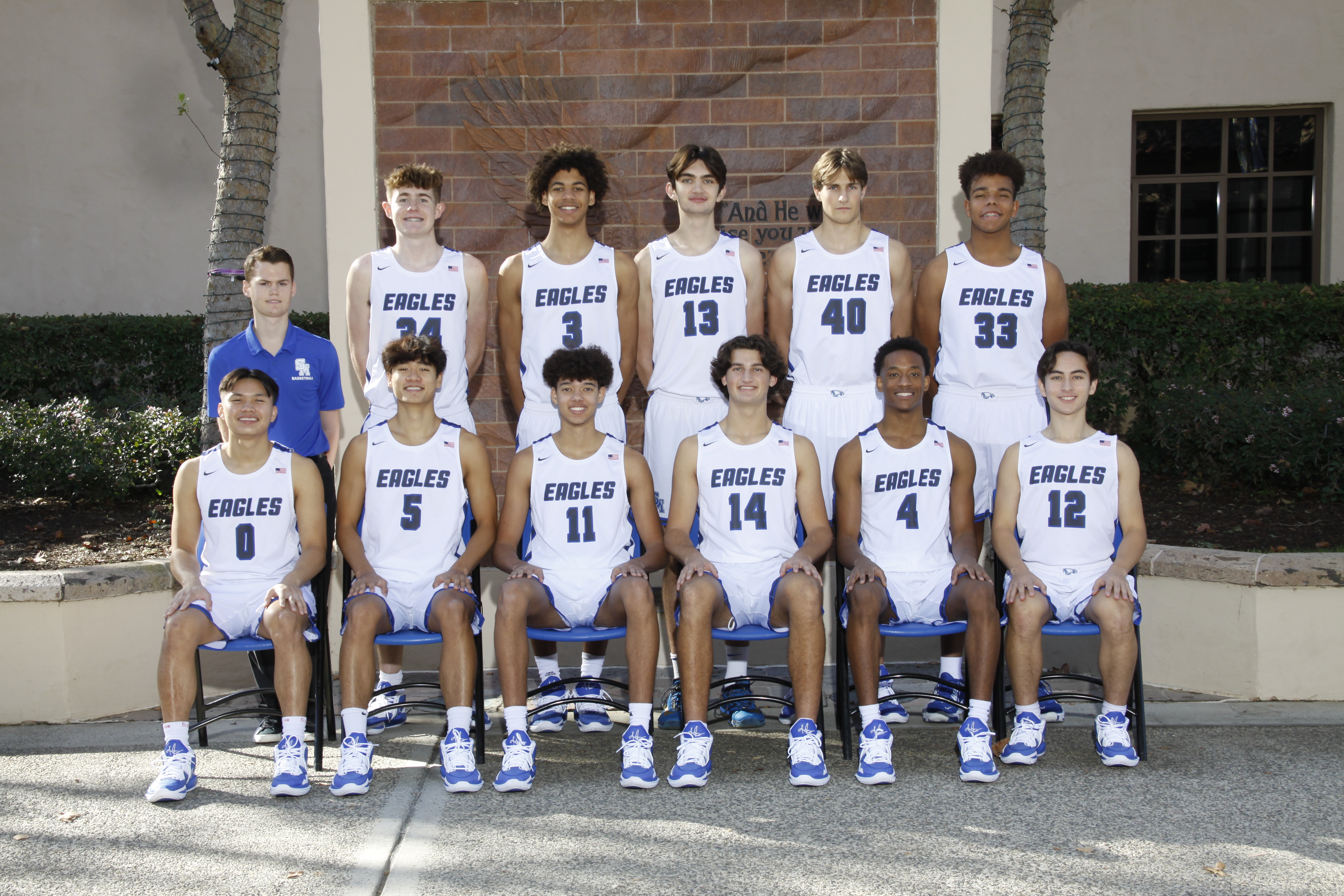 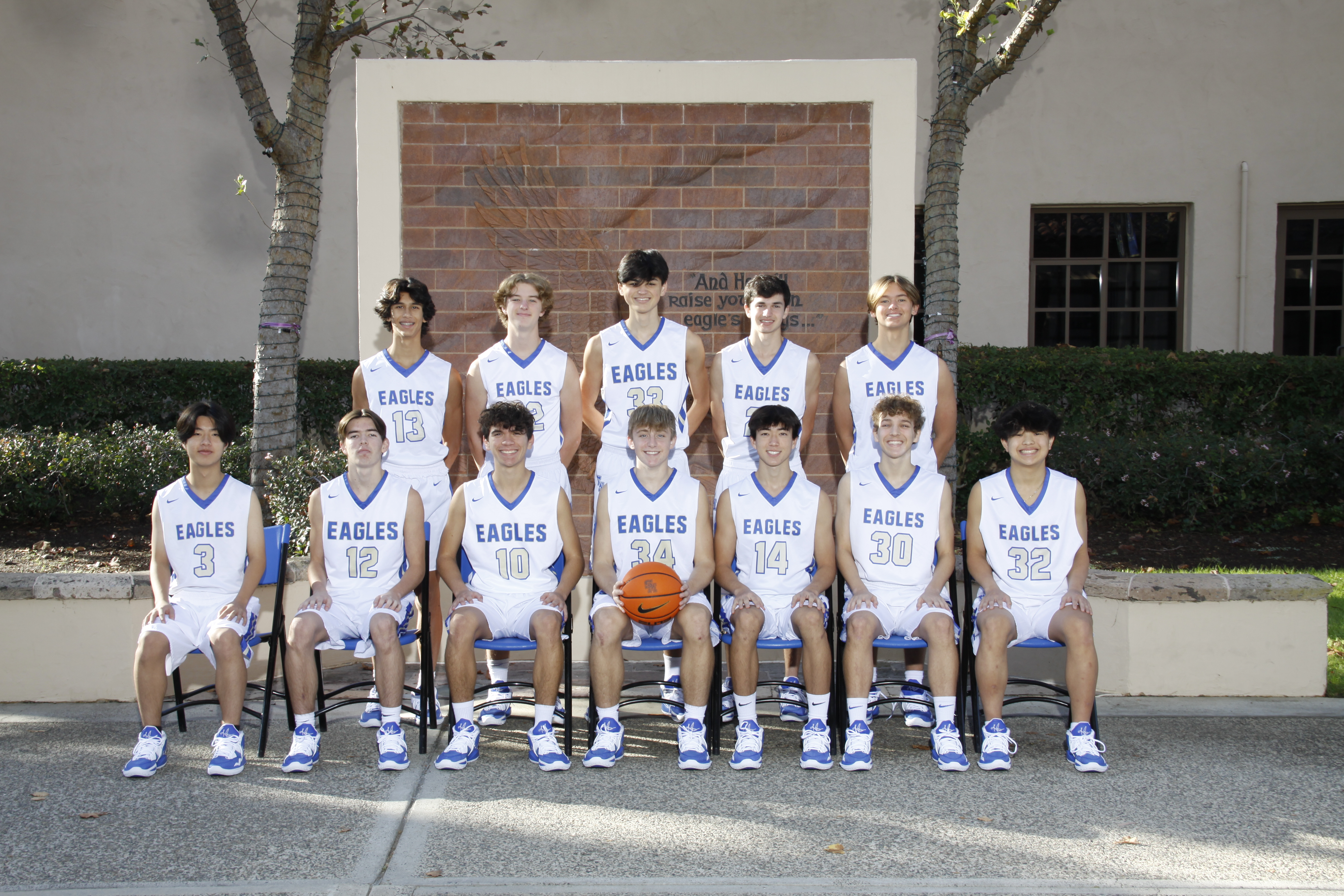 Scan the QR code below or click here to register for camps!