Congratulations to both the Varsity and JV Cheer Teams for a successful weekend at this weekend’s UCA Southern California Championship. 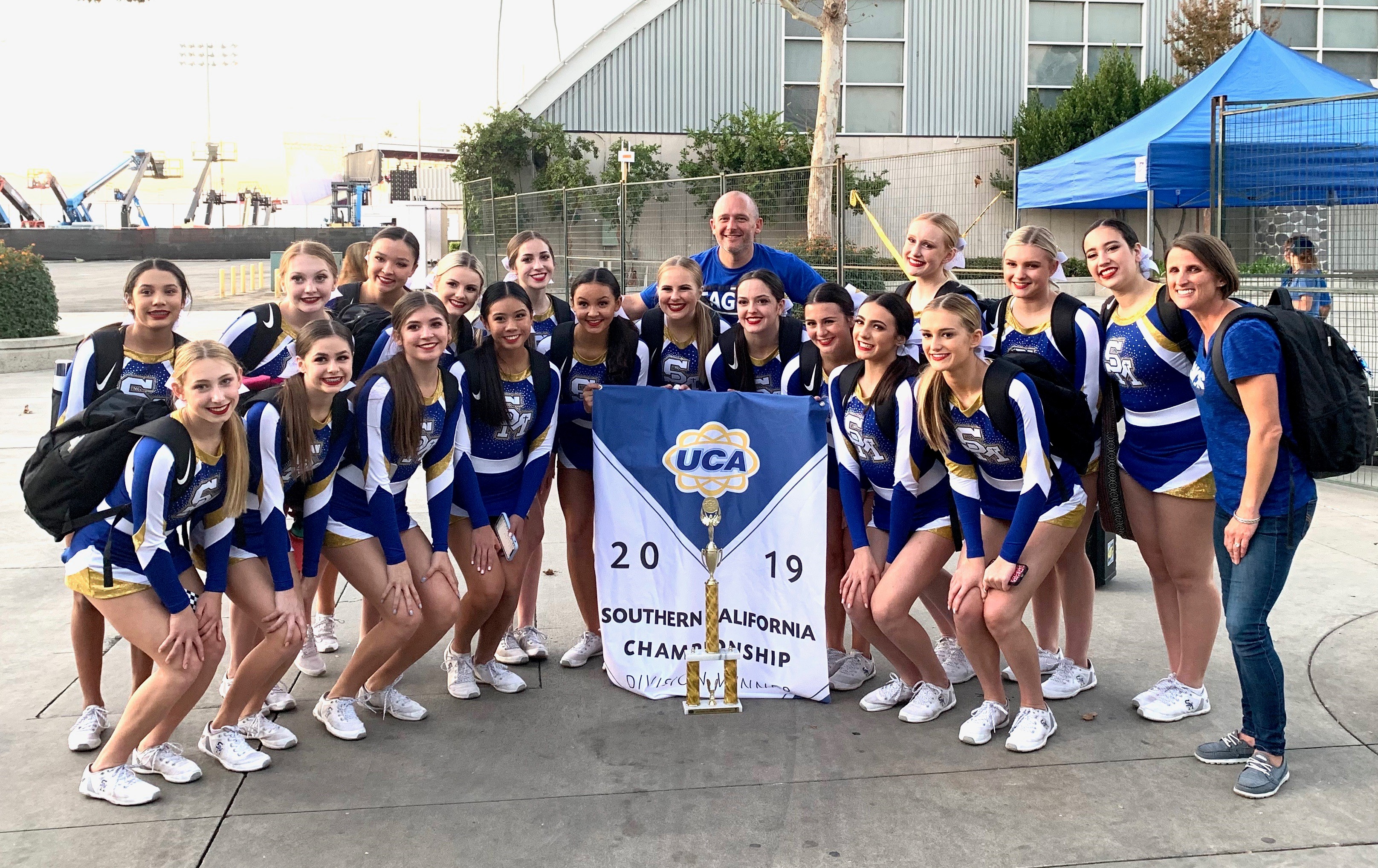 The Varsity team placed 1st in their division and received a bid to UCA National High School Cheerleading Competition in Florida this coming February.

A special congratulations to our JV team for a successful exhibition of talent, teamwork, strength, diligence, passion and dedication. 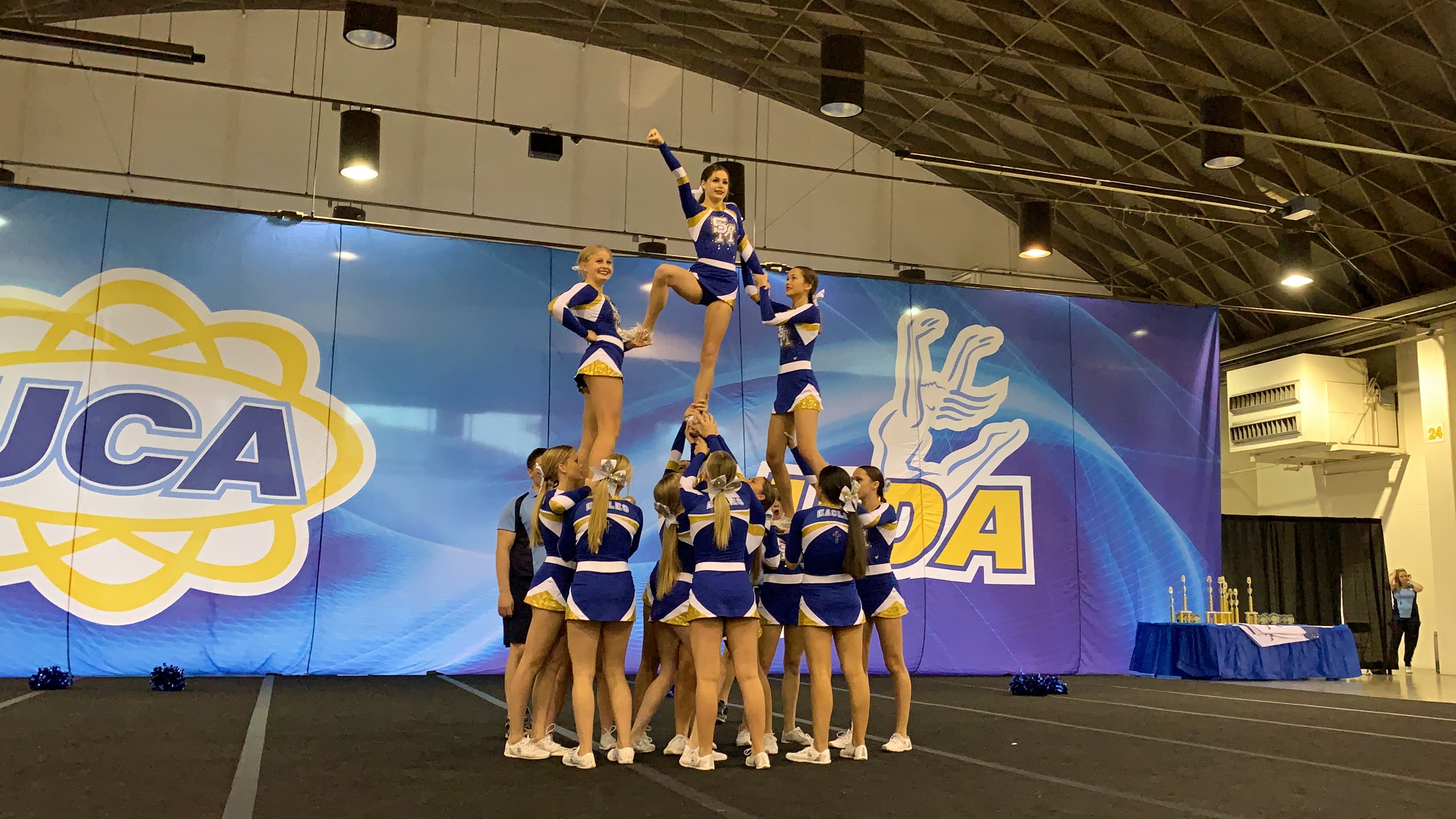 Congratulations to our cheer teams and good luck at their next competition, USA Regionals at Brea Olinda HS on December 14, 2019

John started coaching at Santa Margarita Catholic High School during the 2015-2016 season and was a part of their 3rd place finish at the UCA High School Nationals in Orlando, Florida. This was the highest ranked finish in school history.

John started his cheerleading career as a high school cheerleader for two years before cheering at Oregon State University for four years, where he was captain for the last two seasons. After graduating from Oregon State in 1996 he became an instructor for the United Spirit Association (USA) for ten years. Six of those years he was a head instructor teaching high school and college camps all across the West Coast from Washington, Oregon, California, Utah and Nevada. John was a high school French and Spanish teacher from 1997-2001 at Jesuit High School in Portland, Oregon where he coached the high school cheerleading team. He also coached pole vault for the track team and was a JV Football assistant coach for the last season. During this time he started the first of two all star gyms as well as was a member of the Portland Trail Blazers stunt team. While in Oregon, John choreographed high school and colleges around the Pacific Northwest while judging local and National high school and collegiate cheer competitions.

In 2001, John moved to Southern California and began coaching locally while still teaching summer camps for USA and was a member of the Los Angeles Clippers stunt team. In the spring of 2003, John and his wife, Heather, co-founded OC All Stars Cheer and Dance. Since then, John has become the sole owner of OC All Stars. While coaching teams at OC John also teaches many tumbling classes for all levels and ages. John also judges nationally and speaks at cheerleading conferences across the country.

Ali has been involved in cheerleading since 2001. She began her coaching career as a gymnastics instructor and cheer coach in 2002, and taught recreational and team gymnasts for 4 years before completely switching over to cheerleading. She has competed on advanced level All Star, High School and College teams since then and has competed four times at the USASF Cheerleading Worlds. Ali has also worked and judged for JAMZ and NCA cheerleading companies. Before cheerleading, Ali spent 10 years in competitive gymnastics having spent her last year training level 8.

Tiffany was a competitive gymnast for 5 years and a three time USA National Champion as a competitor here at Santa Margarita. She is a graduate of San Diego State University and was a four year member of the AZTEC stunt team. While at SDSU, Tiffany was a part of the Mascot Development Committee and also competed for two years as a member of a Co-ed All Star Team winning the 2001 USA Collegiate National Championship. Tiffany has coached and choreographed for numerous Jr High, High School and College teams. Tiffany coached at Santa Margarita from 2006-2016, leading the squad to numerous USA National titles and UCA top 10 finishes. She has over 15 years gymnastics coaching experience. She was a part of United Spirit Association’s instructional cheer staff for 12 years, 8 years as a Head Instructor. She is a Varsity All Star certifies judge and judges Regional, National, and International Competitions including the 2013 Cheerleading Worlds and the 2016, 2017 and 2018 Varsity Summit. Tiffany is AACCA Certified. She currently teaches 7th grade physical education and health at Serrano Intermediate School.

Tiffany lives in Melinda Heights with her husband Brian and two children, Summer and Miles.

Click here to enjoy photos from the summer 2018 camp.

Attention Future Eagle Cheerleaders!
Cheerleading is a CIF sport and one of many athletic opportunities offered in high school.
Your junior Eagle can take advantage of this three-day camp to learn many tricks of the trade from our current Eagle cheerleaders and cheer coaches.

Camp to be held on the SMCHS campus.

*Added Bonus: All campers will have the unique opportunity to cheer at one of the SMCHS varsity football home games.