The boys' program owns four team league championships, eight league runner-up places, 16 C.I.F. appearances, 12 C.I.F Finals appearances which includes one C.I.F Championship, three second place finishes, one third place and one fourth place finish. Our trips to the State Meet number six for the team and six other appearances for individuals. There have been four individual C.I.F Champions in the history of the school, Michael Murray in 1994 & 1995, Steven Murray in 2000 & Mike Powers in 2002. In 2005 the Eagles had their first Orange County Champion when Julian de Rubira won the sweepstakes race in the time of 15:00. Julian also became the 3rd Orange County Runner of the Year, after the Murray brothers, Michael in 1995 & Steven in 2000. The Eagles nearly had their first Olympian when Ryan Martin '06 came within one place of making the London Olympics with his 4th place finish at the Olympic Trials.

Brittany Adame has been coaching the distance runners in both XC and Track for 7 years. She also began the Sports Medicine program at SM, as well as teaches Biology. Coach Adame was a distance runner at SM from 2002-2006 where she held the JV 800 record. Prior to working at SM, she lived and worked in Flagstaff, AZ where she also coached. Coach Adame enjoys spending her free time with her dog Parker, her family and friends, as well as racing in local events. She has always loved being and coaching athletes and feels most life lessons are taught in both competition and through hard work and practice.

An Alumni of SMCHS, class of '03, Coach Powers was CIF SS champion in cross country and went on to run at UCSB where he finished as a All-American Steeplechaser. He hopes, through athletics, to instill the virtues of disciple, hard work, and sportsmanship, so that they can then apply these principles to their lives outside of sport. Coach Powers' philosophy approaches each athlete as an individual, hoping to help his students set and reach their athletic goals, resulting in a life long love of running and fitness.

Martin Dugard is among the most successful distance running coaches in Southern California. During his fifteen year career he has produced seven State titles, 8 CIF champions, and more than 30 Trinity League team and individual champions in cross country and track & field. In addition to the many championship performances, Coach Dugard has seen several runners break 4:11 (1600m) and 9:00 (3200m), sending runners to top NCAA schools such as Navy, UCLA, Cal, and USC.Coach Dugard is a member of the CIF Advisory Board for cross country, as well as serving on the Board of Directors for the USA Track & Field Foundation, where he chairs the Olympic Developmental Program. Coach is also an eight-time New York Times #1 bestselling author. Coach Dugard and his wife, Callie, are long time residents of Rancho Santa Margarita.

Haley McHugh, an Alumni, class of 2014, is new to the Santa Margarita Cross Country team. During her time at SM she was on the Track and Field team, running the 400m, 800m and 4x400 relay. She held the records for the JV 400m, Varsity 4x400m relay and distance medley relay. After graduating SM, Haley went off to University of Oregon where she started running distance. She now works as a Pediatric Speech Therapist in Rancho Santa Margarita. She strives to be a great motivator for runners to push to be their absolute best in all situations on or off the racecourse. 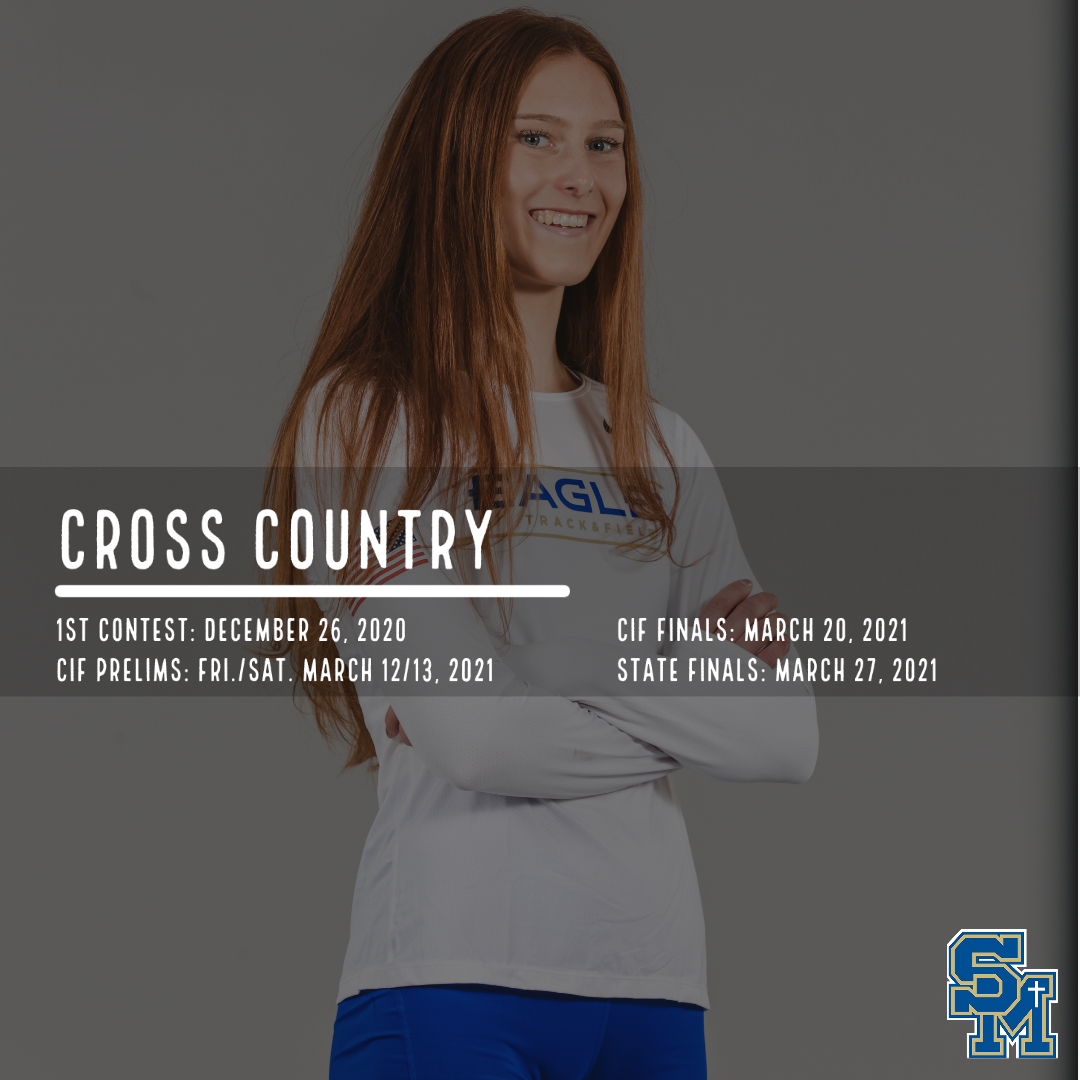