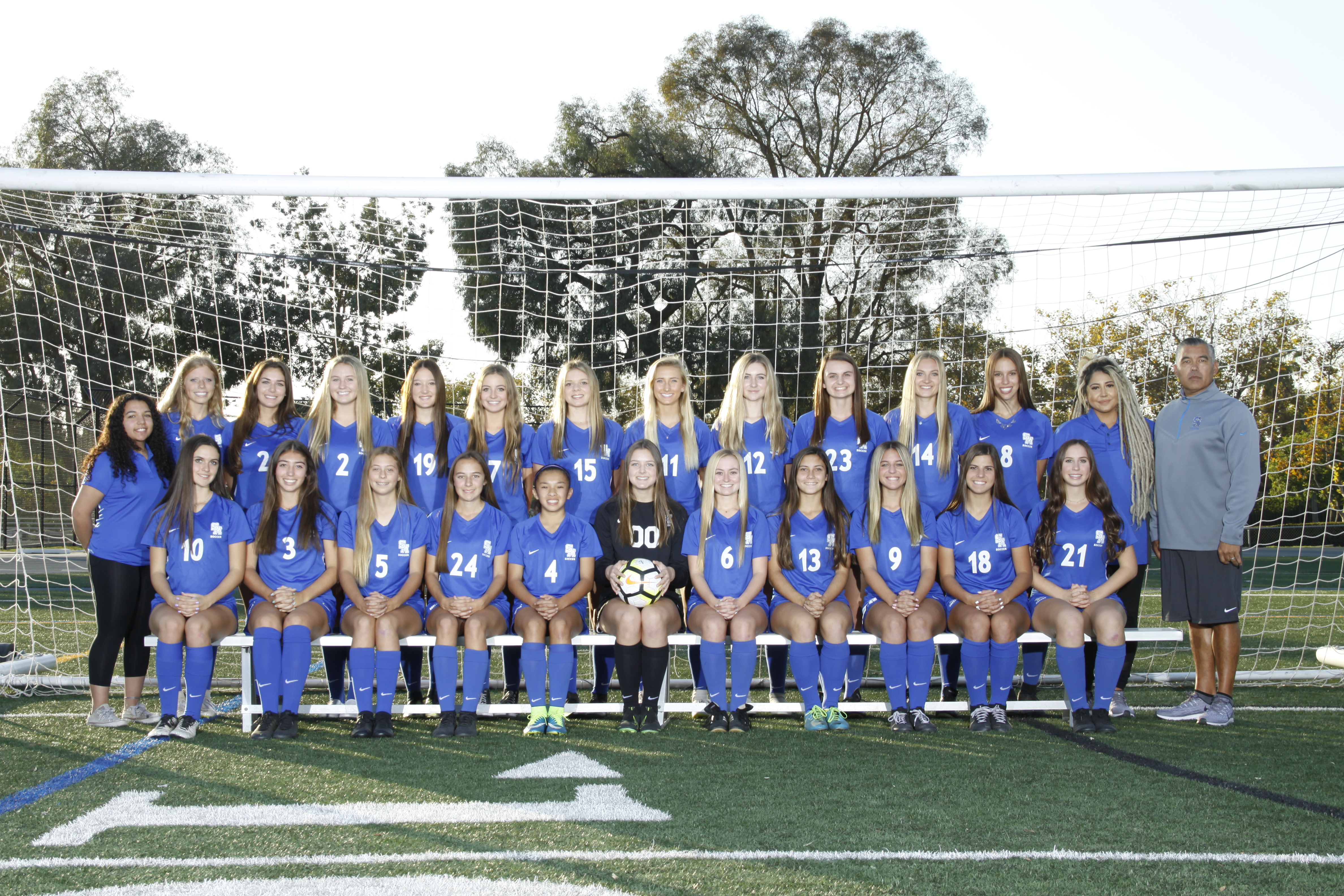 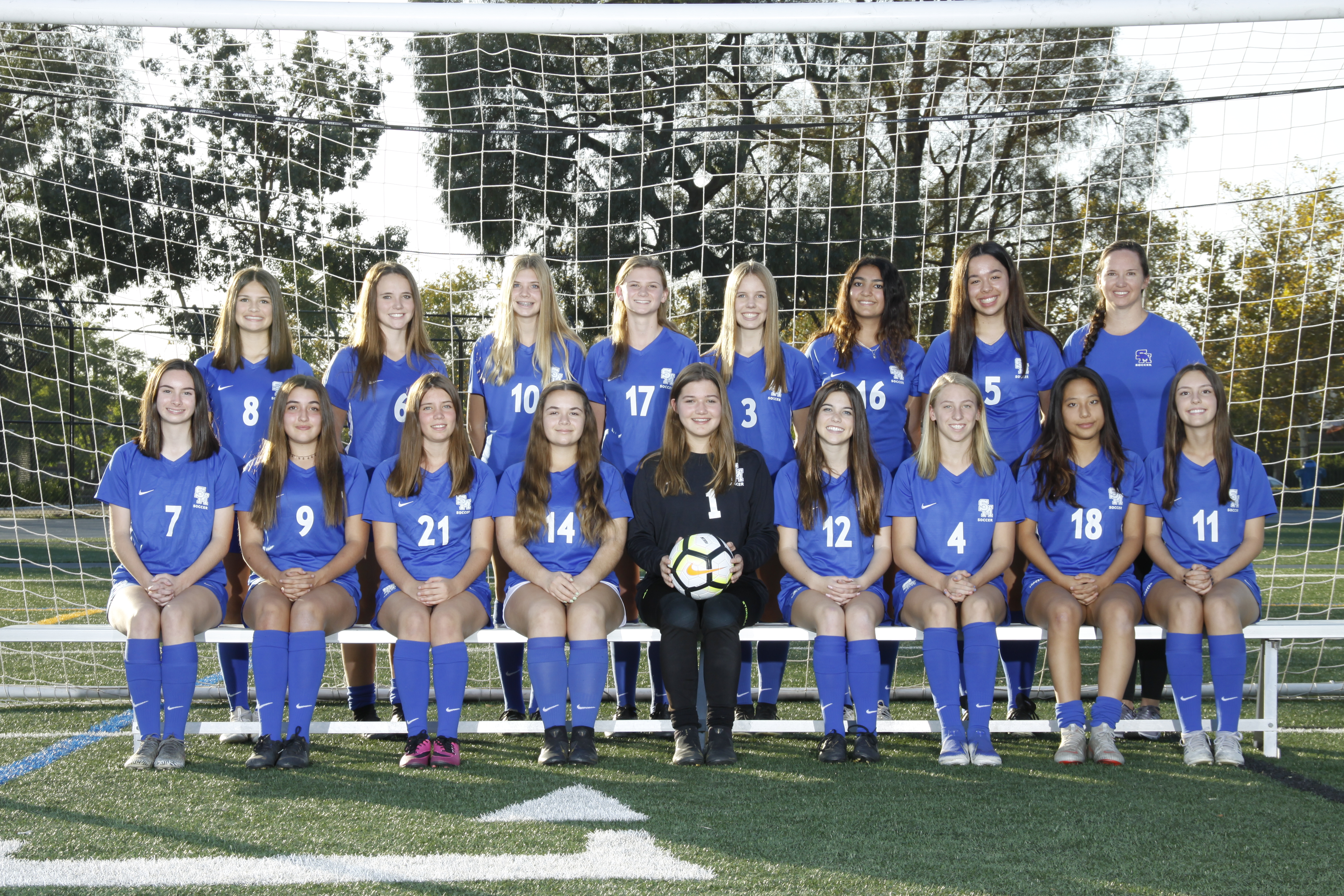 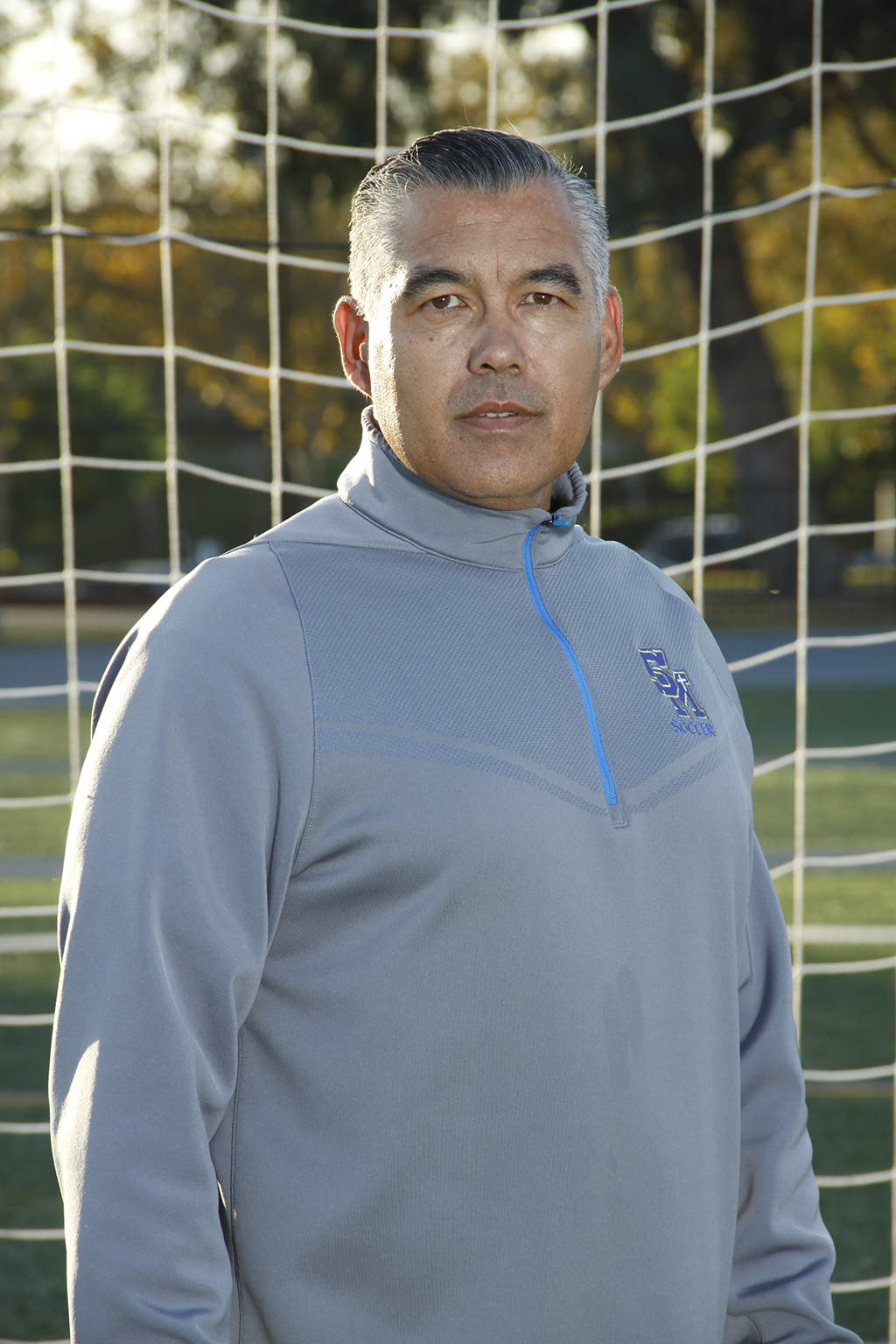 This year marks Coach Huerta’s 24th year of coaching high school soccer. He began coaching at SMCHS for the 1996-97 season, when the Eagles captured their first Division 2 Championship. Eddie graduated from Concordia University in Irvine where he earned numerous goal-keeping honors as a starter all four years. With his teaching degree, Coach Huerta enjoys a rewarding career inspiring young athletes to excel not only in the classroom at Newhart Middle School, but also on the playing field. Eddie coaches the Lady Eagles in summer league and helps facilitate the SMCHS soccer camps. He also coaches young female players in club soccer. Coach Huerta is married to Paulette and resides in Rancho Santa Margarita with his daughters, Alexes and Ravyn. 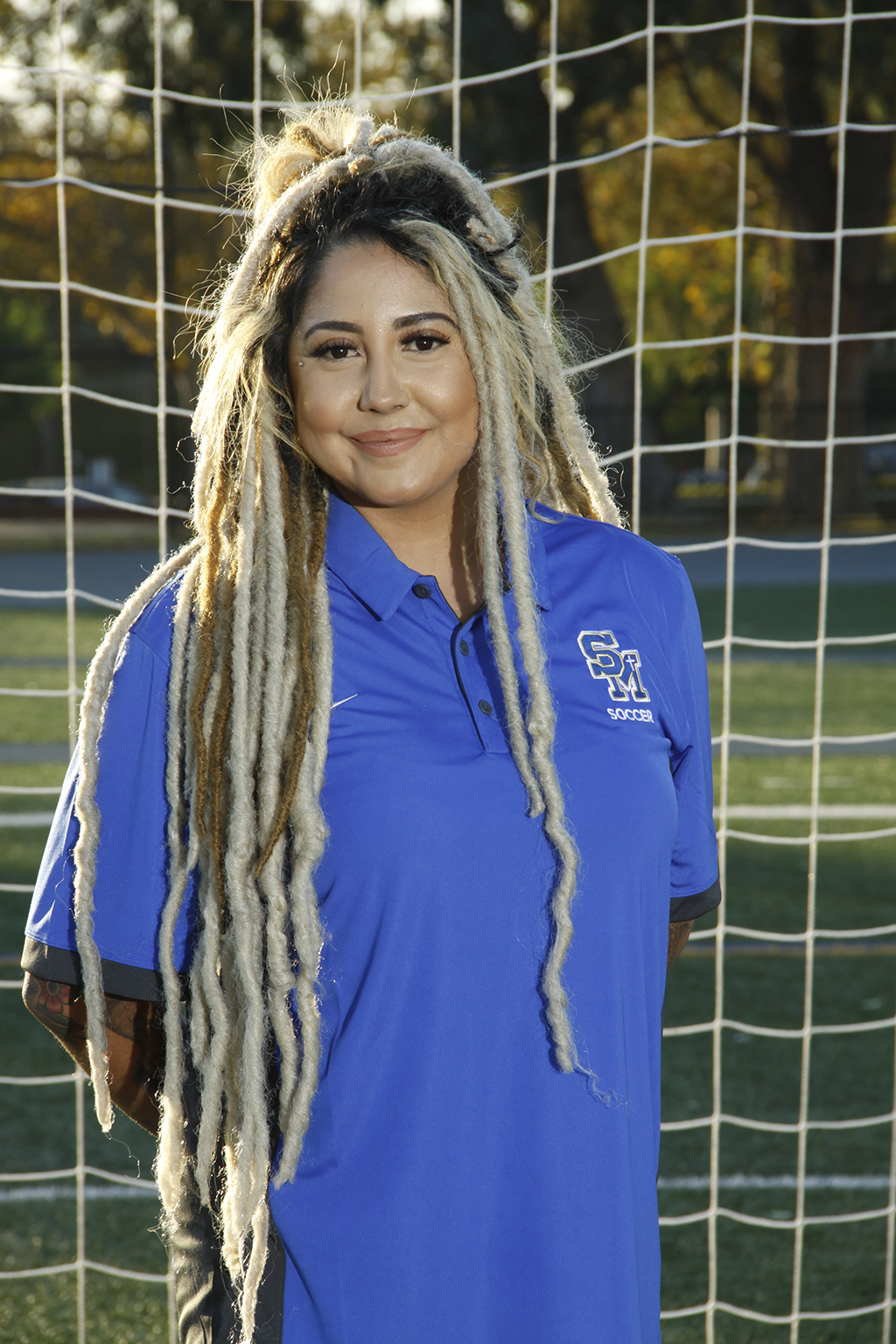 Coach Alexes is in her first year coaching at SMCHS but has been a Santa Margarita Eagle since the age of 6.

As young player attending SMCHS camps to playing club soccer at the highest level for clubs like the SC Blues and Irvine Strikers where she earned several State Cups, 1 Regional Cup and one National Title.

As a four year varsity letterman and captain her senior year at Trabuco Hills high school she earned team awards and all league recognition. A health related issue retired her as a player and she pursued a career in health care. When she is not on the field she is a Medical Biller for Kaiser Permanente and competing as a Spartan Racer.

“ I look forward to growing as person and coach in one of the greatest high school soccer programs in the country." 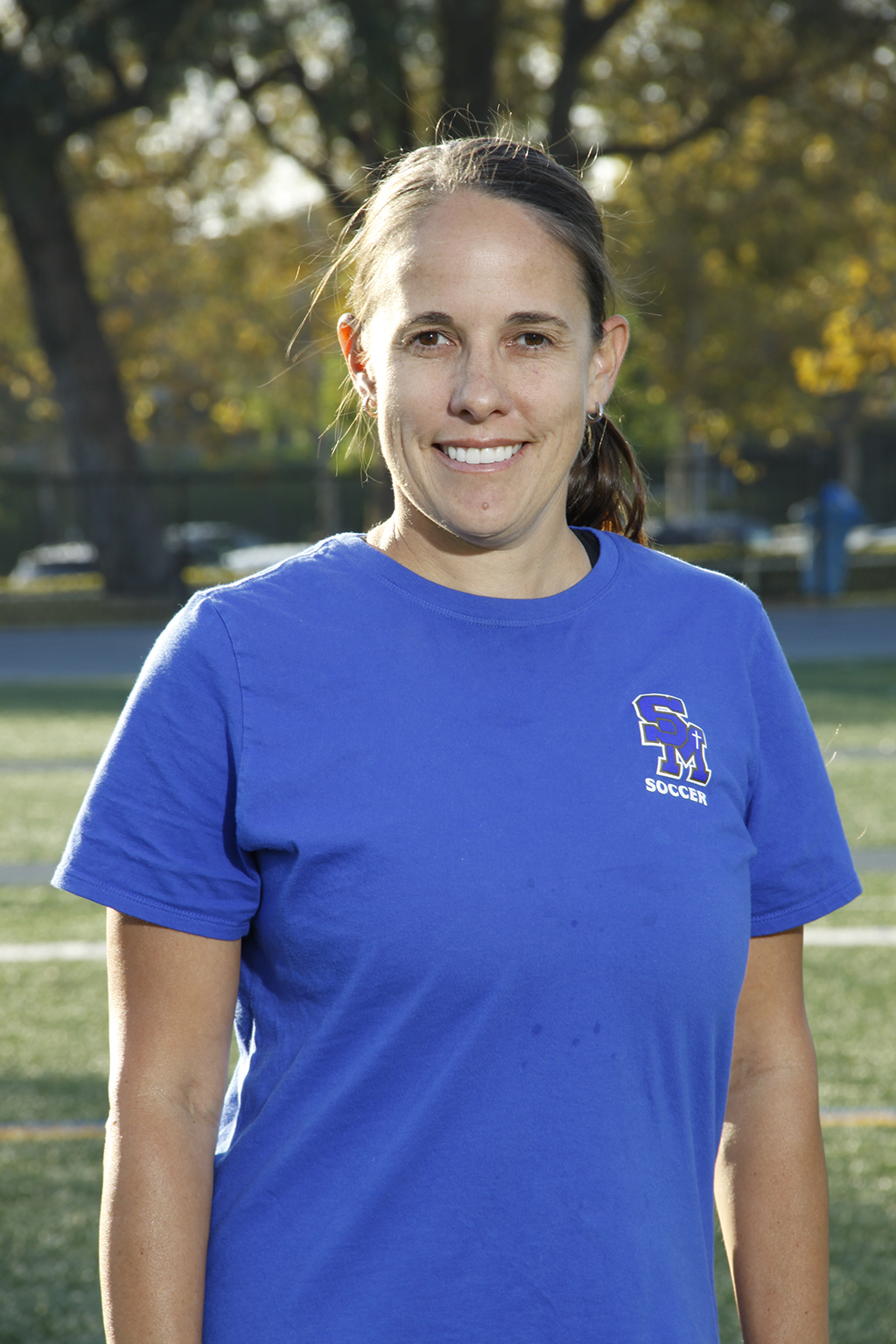 Antoinette is a native of Southern California, attending Mayfield Senior School in Pasadena. She played internationally as a member of the Croatian National Team from 1996-99. She played collegiately at Arizona State University from 1997-2001, becoming the first-ever ASU soccer player to earn All-Pac-10 honors when she was named Second Team All-Conference during her freshman campaign. She would later earn Second Team Pac-10 honors in 2000. She earned her bachelor's degree in secondary education from Arizona State in 2002 and later earned her master's degree in educational leadership from the University of Nevada in 2007.

After her college coaching years she went on to coach youth players in Texas and Kansas. She is married to Jeff Love (SM Football Assistant Head Coach) and they have 2 boys Cameron and Anthony. 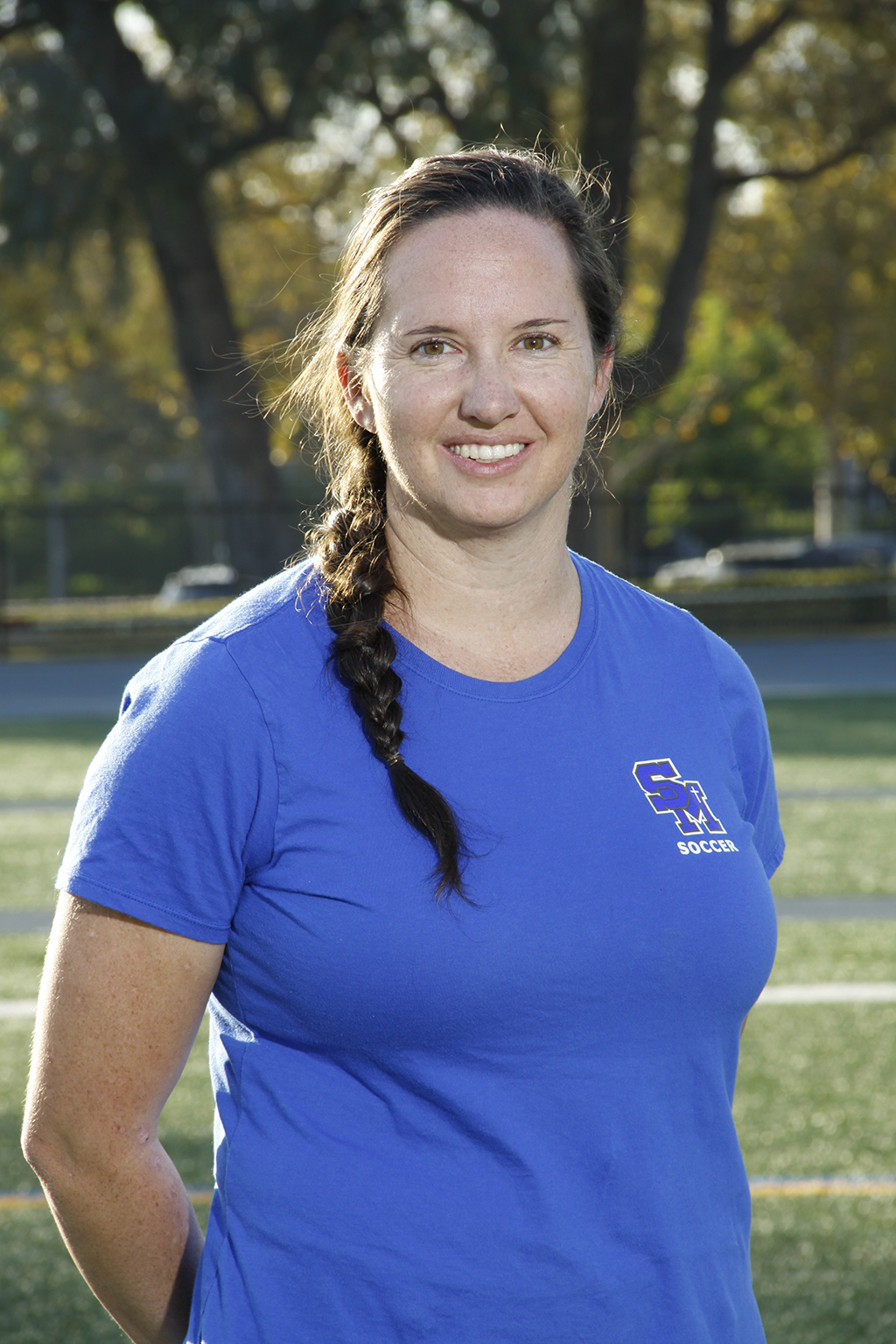 Christina played soccer competitively for 12 years. She played her high school years at SMCHS for 4 years as a goalie, and then attended the University of Arizona. This is her 9th year coaching at SMCHS and she is excited to be involved with the girls soccer program. Christina works during the day as a preschool teacher. Away from her teaching job, she enjoys spending time with her husband Dan, son Royce, and daughter Lillian.

Come join us for a fun filled, non-competitive afternoon of soccer activities for youth with special needs. TOPSoccer (The US Youth Soccer Outreach Program for Soccer) is a community-based training program for young athletes ages 5 and up with Special needs. The goal is to enable young athletes with disabilities to develop their physical fitness, technical skills, courage and self-esteem, through the joy and excitement of playing soccer. See highlights from previous event at http://www.youtube.com/watch?v=j7foWUEs2eQ

No prior soccer experience is needed. Players must wear shin guards. Parents and/ or guardians of players must be present.

For more information about TOPSoccer visit the CalSouth website at: http://www.calsouth.com/en/topsoccer/

Click Here to locate the NCAA sport guidelines and calendar

This is a special place for your daughters to matriculate and grow into fine young ladies. Our school and program is Christ centered and Caritas Christi is the compass that guides us. Be assured myself and the coaching staff will treat your daughters with respect and dignity in every capacity. The High School experience is short and the soccer season is even shorter. Stay positive with each other and your daughter. There are many life lessons that come from playing sports so enjoy this small moment in your daughters life. The coaching staff and myself would like to convey some clear guidelines and expectations listed below.

*Encourage your daughter to personally speak to the coaches when there is confusion regarding but not limited to:

Players are to initiate these conversations, rather than parents. Understand that the coaching staff has a method of creating success for the program and it’s athletes. Parents should not interfere with this process. There will be successes and failures but we need to keep to our core convictions regarding SMCHS and the Girls Soccer Program.

Parents must understand that only 11 players can be on the field at one time. There is an ongoing performance based competition in trainings and games that will determine the 11 players and subs participating on game day. This will always be at the coach’s discretion. Playing time could differ from match to match and players are to honor their commitment to the program regardless of the amount of playing time they receive.

Finally, the coaching staff understands there will be moments in which you disagree with methods, strategy, subbing and even the ref during a match. Be assured we will conduct ourselves in a manner that represents SMCHS and program in the highest regard. Parents on the sideline are expected to as well.

Uniforms and Program Information will be delivered

Field players must wear Royal uniform kit, Goalkeepers dressed out in uniform, No practice this day

SAVE THE DATE - TOPSoccer HOLIDAY FEST

Saturday Dec 14, 11:30 – 2:30PM; Participation by all teams is required, Parent volunteers are encouraged