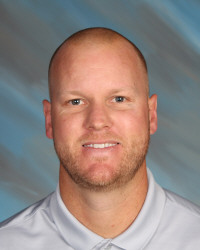 Director of Track & Field; Sprints & Relays: Sean Zeitler: Coach Sean Zeitler has been with team in various capacities for the past 18 years and is entering his 8th year as Head Boys Coach, fifth year as the girls’ spring coach and his first as Director of Track & Field. He competed on the SMCHS track and field team from 1998 - 2001, where he was a team captain in 2000 and 2001, helping to lead the Eagles to their only Orange County Championship in '01. Coach earned a CIF Championship in the 300IH in 2001, was part of 2 CIF Championship 4 x 400m relay teams, and competed at the California State Meet on 2 occasions, finishing 7th in 2000 and 5th in 2001. Coach had personal bests of 14.92 in the 110HH, 38.30 in the 300IH, and 48.3 relay split on a 3:15.70 CIF Championship 4x400m relay team. Collegiality, Coach competed for three years at Cal Poly Pomona University where he was a named a team captain. In college, he ran 53.71 in the 400IH at CCAA Conference Finals and was a part of a 3:14.70 4x400m relay team. Coach currently working in the Athletic Department as the Sports Information Director and Assistant Athletic Director. He earned has his B.A. Degree in Communications, earned his Masters Degree in Coaching and Athletic Administration from Concordia University, and was named the OCVarsity Boys Track and Field Coach of the Year in 2018. Coach resides in Lake Forest with his wife Meghan and their two daughters, Morgan (5) and Emma (3). Coach can be reached at: zeitlers@smhs.org 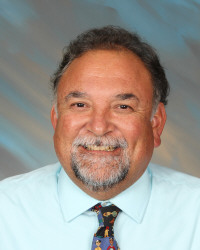 Distance Coach – Coach Gil Garcia has been coaching the distance runners at Santa Margarita for 20 years. Coach Garcia is the head girls and boys cross country coach and was the head girls’ track and field coach from 1998 to 2000. He was an assistant track coach under Hayes Ferry from 2002 to 2012. Prior to coaching at SM, Coach Garcia spent 6 years coaching at his Alma Mater St. Paul High School. There he accumulated a 30- 6 dual meet record on the girls side and a 28- 8 dual meet record for the boys. During his 3 years as head coach at SM, the Eagles placed 3rd, 2nd and 1st at the orange county championships and won the 1999 CIF Division II championships. In 1999 the Eagles won the League title, the OC championships and the CIF title. Coach Garcia was named Coach of the Year by the LA times and Orange County Register in 1999. Coach Garcia has an extensive knowledge in each event having studied exercise physiology and kinesology at Cal State Long Beach and attending over 60 track and field clinics. He has coached CIF finalists in 14 events. Coach Garcia took over the head coach position for a second time in 2013. In his first year back, he coached the sprints where the 4 x 100 relay team tied the school record and the 4 x 400 team broke the school record in a time of 3:51 being the first girls relay team to advance to the State meet. Coach Garcia is married to his wife Megan and together have three children: Julian, Charlotte and Sophia. Coach Garcia can be reached at garciag@smhs.org 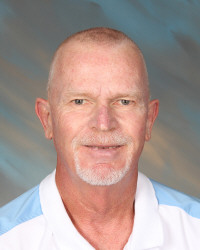 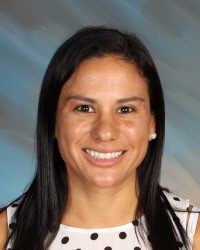 Assistant Distance Coach: Brittany Adame: Coach Brittany Adame has been coaching the distance runners with Coach Garcia for 4 years. She also teaches Biology at SM. Coach Adame was a distance runner at SM from 2002-2006 running for both Coach Garcia and Coach Apodaca in both Track and Cross Country. Prior to coming to work at SM, she lived and worked in Flagstaff, AZ where she also coached. Coach Adame enjoys spending her free time with her dog Parker, and her family.

Long and Triple Jump Coach : Kristyne Hanberg: Coach Kristyne Hanberg graduated from Mission Viejo High School in 2005 where she was a four year varsity letter in Track and Field and a three year letter in soccer. Kristyne was a CIF finalist all four years in the 100m and 200m. Kristyne attended Cal State Fullerton, on a four year Track and Field scholarship, where she graduated with a degree in Kinesiology in 2010. Kristyne was Big West all conference in 100 meters in 2006,2007, and 2009 as well as Big West all conference in the 200 meters in 2006, 2007, 2008 and 2009. She was also a NCAA regional qualifier in the 4x400 meters in 2007. Kristyne was the Boy's and Girl's Head Sprint/Relay Coach at Irvine High School from 2011-2014. She has also been the Girls' Junior Varsity Head Soccer Coach from 2011-2013 and is now the Girls' Varsity Assistant Coach 201-present. Kristyne currently teaches at SMHS in the ASP department.

High Jump – Albert Miranda: Coach Miranda has a long career in the sport of track and field, he is also a Vietnam Veteran who served with the First Infantry Division in Vietnam. Coach Miranda started his coaching career at Canyon High School in Anaheim Hills and coached there from 1980 through 1991. During that time he was an Assistant XC and Track and Field coach and became the Girls Head Track coach in 1987. While he was at Canyon the Comanches won 5 Century League Champions and sent several athletes on to compete at the college level. Most recently, Coach Miranda was the Boys Head Track Coach at Tesoro High School from 2011-2015. During that time the Boys Track team won the school’s first Sea View League Championship in 2012 and the track team was consistently competing for additional championships until his retirement in 2015. In addition several of the student athletes on the track team became Sea View and South Coast League Champions and CIF Champions and several went on to compete at the State track and field meet. Coach Miranda credits his success to his strong faith and the opportunities it has given him to give back to the community he lives in by coaching the sport that he loves. 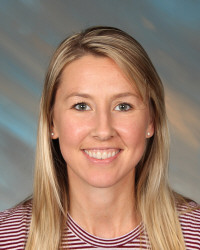 Pole Vault – Mandie Owens: Mandie has been around the pole vault pits for 15 years and is in her sixth year of coaching. She competed for SMCHS from 1999-2003, and was captain her senior year. Mandie was a CIF qualifier every year and won OC Championships as a sophomore. While at SMCHS she also competed in triple jump and hurdles. Mandie attended the University of Utah on a four-year Track and Field scholarship where she graduated with a degree in Sports and Exercise Science. She made the Dean's List all four years and was chosen captain of the Track and Field team her senior year. She placed at the Mountian West Championships in both triple jump and pole vault in 2005-2008. She was also a NCAA regional qualifier in 2007. In just four years, she has coached six individual pole vault CIF Champions (Kaitlyn Merritt x4, Parker Curry, Kate Thomas), two State Champions (Kaitlyn Merritt x2) and two other State Finalists (Kate Thomas and Parker Curry). Coach Rowell can be reached at: rowella@smhs.org

If you are considering participating in Track in Field in your freshmen year during the sprint, then I highly suggest you attend our summer camp in July. The week long camp will go over every event so that you can see which is the best event is for you. Most campers find that they can do other events well such as the long jump or high jump in addition to being a sprinter. We will teach you the basics of each event and from there you can decide which events you want to focus on when track season comes along. We will also focus on running mechanics and teach you ways to become faster for other sports you may be involved in as well. Any girl who does the camp will receive practice gear and sweats free when you join in the spring and will automatically be on the team. Go to the girl’s track and field webpage and click on the Summer Camp tab and sign up.

Looking forward to seeing you out on the track.

Tweets by SMCHSTrack
Powered by Finalsite