Please subscribe to your daughter's Team Snap for up to date practice times.

if you have not already, download the playsight mobile app to see all of the eagles' home contests on playsight! android  apple/ios

CIF Players of the Year 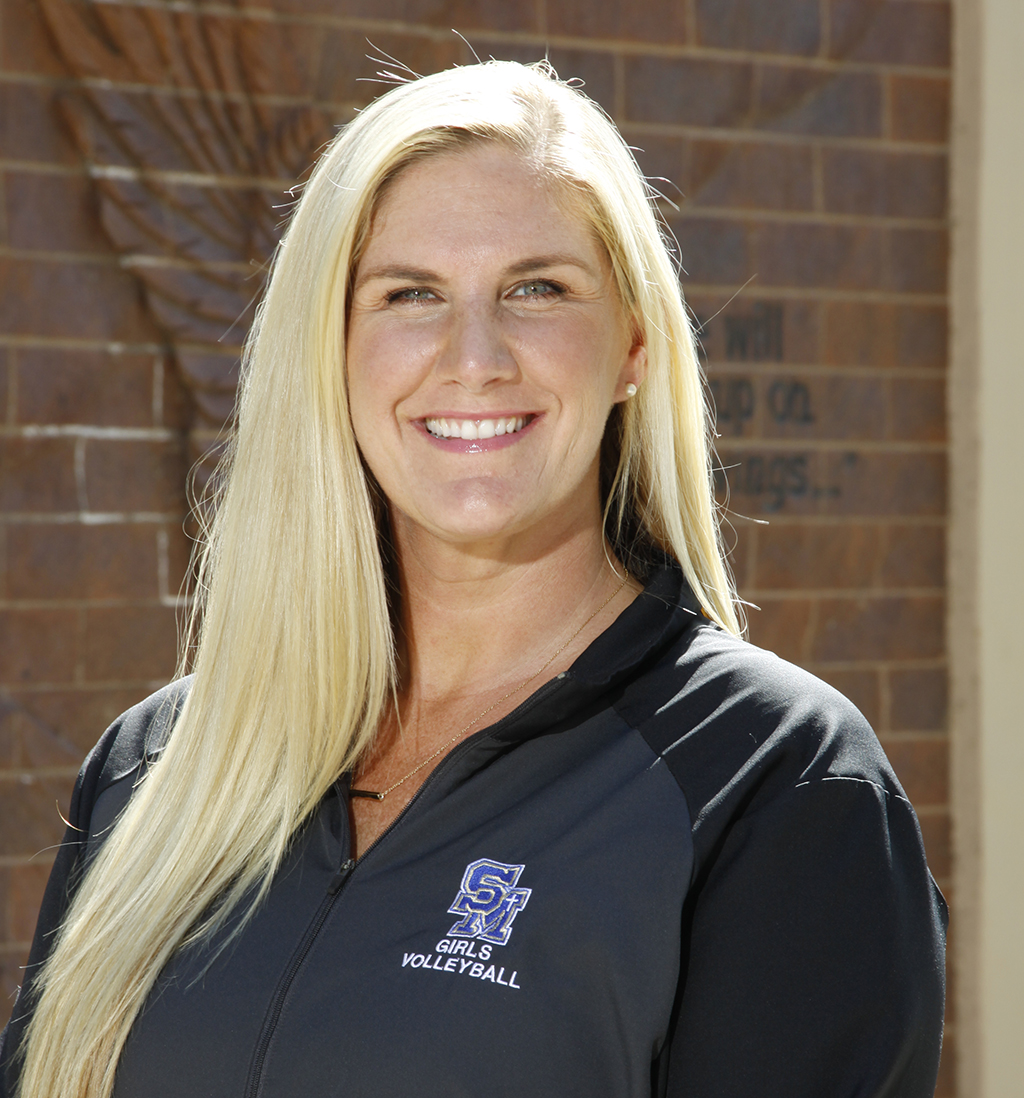 Coach Daly is entering her 10th year as the head coach of the girls' varsity volleyball team and her 14th year with SMCHS. She played collegiate volleyball at Pepperdine University under full scholarship where she was a team captain and named to the All-Conference First-Team three consecutive years. Before playing college volleyball, Daly was a member of the Laguna Beach Volleyball club where she was the MVP of the National Championship teams in 1998 and 2002. Daly played high school volleyball for the San Clemente Tritons where she was named CIF player of the year in 2001, helping to lead her team to a CIF title. Daly has been a health/fitness teacher at Santa Margarita Catholic High School since 2007 and has also taught cultural geography at the school. Daly has served as a head coach with the Laguna Beach Volleyball Club for 16 years, where her teams have been nationally-recognized. In 2020, Daly moved from Laguna Beach to 949, where she coaches the 14-1's. Daly has also worked with the Sports Shack Volleyball Club in Beverly Hills, CA as a head coach. 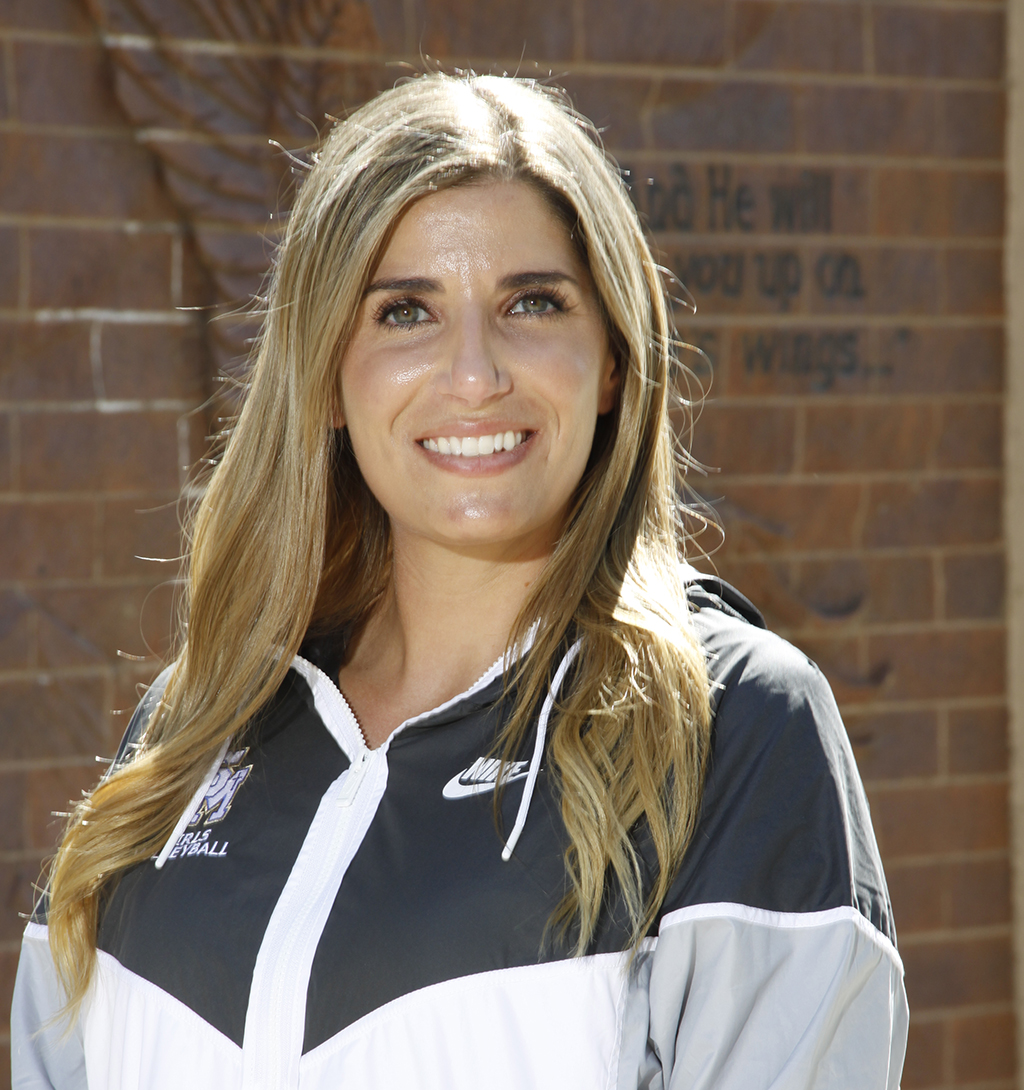 Coach Harrison is in her 10th year with the volleyball program. She played volleyball at SMCHS from 1996-2000 and also played at the University of Colorado in 2000-2004. Harrison played middle blocker and won 1999 State Championship with SMCHS. She was awarded CIF player of the year and was an All-Conference, All-Region and All-American while at Colorado. Harrison is married with two boys and has lived overseas for five years while her husband played pro basketball in Europe. When not at the volleyball court, Harrison is also an Assistant Principal here at SMCHS. 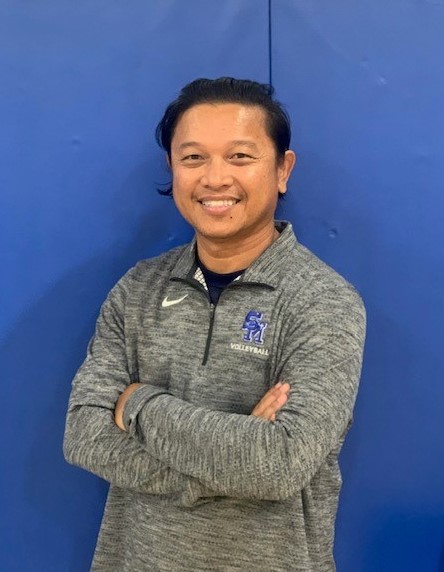 This is Coach Tuan's 10th year at SMCHS. Nguyen has coached 15 years at Laguna Beach Volleyball Club and in 2020 made the switch to Momentous Volleyball Club. Nguyen also was an assistant coach at Biola and Concordia for ten years. In 2009, he earned a medal at the 18’s JO’s. He works in the medical industry and was born in Vietnam. In his previous years he coached at El Dorado, Mater Dei, and Rosary.

Coach Jerger is entering her second year as a part of the girls indoor volleyball team and her 4th year with SMCHS. Her first two years at SMCHS

she was the head junior varsity coach and varsity assistant coach for the boys volleyball teams. Coach Jerger is also entering her first year as the head varsity coach of the girls beach volleyball team in the spring. She played D1 collegiate beach volleyball for Florida State University where she was a two-time NCAA National Champion Runner-Up (2016,2018), four-time Conference Champion (2016-2019), and All-Conference Student-Athlete of the year three years in a row (2017-2019). Currently, she is still playing professional beach volleyball for the AVP Professional Tour here in the United States and eventually the World Tour. Before college, Jerger was a four-year varsity letterman for indoor volleyball at her high school, Fort Myers High School, where she led her team to the State Championship finals in Florida. She was also named AVCA High School All-American in 2015 for beach volleyball. Jerger has been working as a head coach at 949 Volleyball Club for three years, where she currently coaches the 17-1’s team. 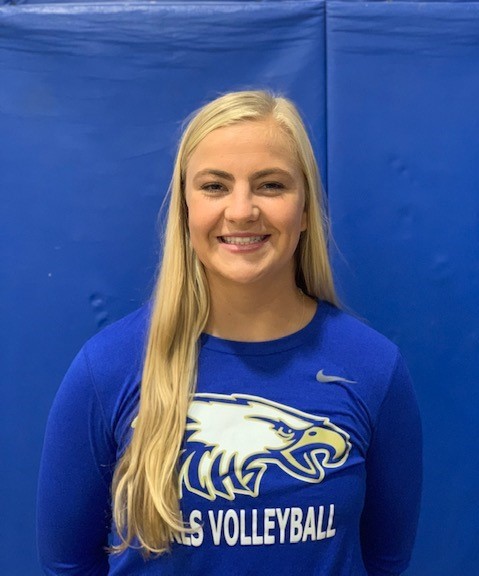 Coach Senske enters her 1st year coaching with the Santa Margarita volleyball program. She played volleyball at JSerra from 2013-2017 and also played at Johnson & Wales University from 2019-2021 as an Outside/DS. All 3 years at JWU, her team won their conference championship and advanced to the NCAA tournament. Senske has also served as an assistant coach for the 15-2s at 949 Volleyball Club and this year as the 16-1s coach. She is also the JV Beach Volleyball coach here at SM.